Lately I have been peering through windows late at night

My own windows I might add – more on that in a minute. I’ve turned my attention to wall hangings recently as I mentioned previously and, in the way that usually happens when I allow my mind to wander, I have since moved on from woven wall hangings (although they are still very much on the to-do list) to hand stitched tapestry ones.

The reason for the side step in technique is two-fold: one being that I don’t have a tapestry loom, and two that I wanted to represent a picture and for the wall hanging to have a visually recognisable subject in the way that can be created with a tapestry, but not so easy with a loom like mine.

Lately I have developed a peculiar fascination for going outside my house and looking at it after dark through the bushes in front of the windows. Yes I know this sounds really weird!!

I tend to do this if I’m taking the dog for a walk during the evening and I find it looks so appealing. We have various spiky plants outside the house such as trachycarpus fortunei and phormium which have the most amazing leaves especially when silhouetted by a light behind them. It’s something to do with the tropical shape of the leaves and the warm light coming from the windows.

So during the daytime I took a photo of this view and used Photoshop to fiddle with the image and came up with this: 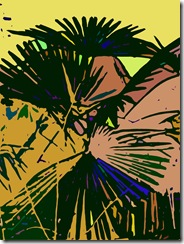 The idea is to make it into a hand-stitched tapestry. I say ‘idea’ because although I’ve started it, there’s an awful lot of stitches and it’s going to be a l-o-n-g project! The eventual size is about 1 metre wide and probably 1.25m long. I’m in such a hurry to get it on the wall though. MUST STITCH FASTER!!! 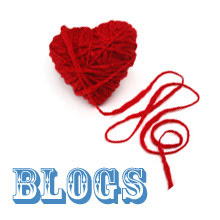